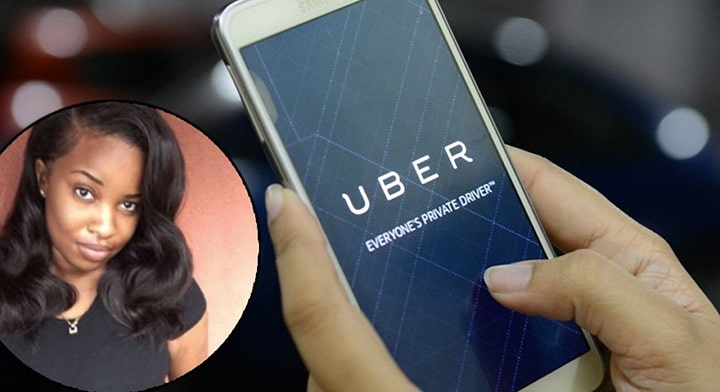 Catching your boyfriend or girlfriend cheating can be incredibly hard, even when you are certain that they are doing so. If you have no idea about it, however, chances are that you will only find out after months and that’s only if you are lucky.

An Uber driver with the Twitter handle of ‘@Msixelaa’ had the dubious honor of being able to catch her cheating boyfriend in the act in a twist of fate. The story was related through a series of tweets where the Uber driver explained everything from the lie her now ex-boyfriend told her to the moment she realized what was happening.

It all started when her boyfriend informed her that he had to go to New York in order to visit his mother, who happened to be sick.

As any good liar would have done, he packed a suitcase, stayed with her for the night, and then said his goodbyes the next morning (this wouldn’t have happened if the couple were sharing their location on tracking apps or if she was tracking his phone in secret; see more on that below).

What she could not have expected when she started yet another shift at Uber was that she would be picking up her partner’s secret lover. Like any other day, she decided to pick up a girl at the airport.

The moment of truth: GPS leads driver to cheater

Finally, as they reached the building that was already familiar to her, the Uber driver noticed her boyfriend’s car outside. At that point, the realization hit her. Moments later, the boyfriend came out to assist his secret girlfriend with her luggage.

As one might expect, a fight erupted between the three people involved in this story. The end result was at least one broken couple and a case of lost luggage as the unsuspecting girlfriend drove away with the other woman’s suitcase still in the boot of her car.

This Uber driver’s story is, of course, an outlier. Those with cheating partners are rarely lucky enough to find out by themselves, especially when it comes out of the blue. Usually, suspecting people have to be proactive in their hunt for their cheating partners.

How GPS tracking can assist with catching cheaters

Thankfully, technology can be of great assistance in such cases.

Uber uses the driver’s smartphone for tracking the vehicle’s moving location. In a similar way, nothing says you can’t install similar apps with same technology on the smartphone of your boyfriend/girlfriend to track them and see them on a live map (also known as cell phone tracking).

Nowadays, there are countless apps that can be installed in someone’s devices to track their every movement.

By installing a tracking app in the cheater’s phone (requires their consent of course; but there are ways to get around it, read more below), their partner will be able to track their every movement. The tracking apps use the GPS on the phone to locate it anywhere (just like locating your Uber drive) and then that location is relayed back to the partner (you) so that they (you) can hopefully catch the liar in the act.

In this case, the GPS mapping technology allowed the driver to have a suspicion from the very start and confirm it at the end of her journey. Live maps are useful for countless reasons and tracking is certainly one of their most important functionalities which anyone can access.

Thankfully, you do not need to be an Uber driver to catch a cheating partner. All you need is access to their smartphone or a dedicated tracking device. Both options will be discussed in-depth below.

To be more specific, GPS tracking apps can be used to locate someone’s partner wherever they are and at any time of the day. GPS technology allows you to track someone’s movement in live maps. That way, you can catch a cheater in the act before they even have a chance to respond.

If you has access to their partner’s Google or Apple account, you can even use Android Device Manager (ADM) or Find My iPhone (usually preinstalled on the latest iPhone models), respectively. An alternative option is to use more dedicated apps which can even be hidden from view so that the cheating partner cannot disable them. An example of such an app is Prey, an anti-theft solution which can be turned into a tracking app instead.

Apps like Prey often require full access to the device in order to be installed and set-up. Once they are ready, however, they can be accessed through web interfaces which provide real-time location tracking features so that you can always know where your partner is.

In addition to all that, many apps will also allow you to track more than just location. For example, you may be able to read their text messages or even their private activity in social networks.

Importantly, you must consider the legality of such processes. In many countries, including the UK and the US, you cannot install tracking devices in cars you do not own or tracking apps in other people’s cell phones.

Breaking the law can have major consequences and the cheating partner might even come on top as the victim in the end. Your best bet might be to visit a licensed investigator as they will be able to track down your partner and inform you of any potential cheating.

Use a standalone GPS tracker to catch liars in the act…

Yet another option is to use a GPS tracking device. You can either turn any old smartphone into a GPS tracker or use a dedicated device instead. Dedicated GPS tracking devices are very easy to come by as a quick search on the Internet will show you. They can be anything from pure GPS trackers, to wearables and watches with GPS capabilities.

Before you go ahead and buy just any device, however, you should consider whether that particular tracker fits your checklist or not. For instance, to use the GPS tracking services, you will need a data SIM so that the device can transmit information. Some devices come with their own data plans while others allow you to insert any SIM and use whatever service you want.

Another important feature to consider is power consumption. Most devices cannot work for more than a couple of days on battery alone. As such, might have to hardwire them into the car’s power system and hide them somewhere where they are not visible.

…Or use any old smartphone instead (track without permission)

If that is not an option, an old smartphone with a high-capacity, external battery pack might provide a viable alternative. The majority of such phones have GPS sensors and you can usually acquire them at very low prices.

Once you have acquired the phone, all you need to do is install a tracking app. Then, you will be able to track your partner’s location in real-time. Moreover, you will be able to hide the phone anywhere in the car as you will not be restricted by power issues or somewhere else (like his bag; but make sure you conceal it well). Of course, you will still need to take the phone out and recharge it every few days.

Before you go ahead and install the phone in the car, there are some simple things you should set up. For example, you must set the phone on silent otherwise it might be found by a cheating partner as they may already be on high alert. Passcode lock it so he won’t be able to get in and disable it or find out who is behind this. Moreover, you should ensure that location services are always on so that the phone’s location can be transmitted at all times.

A valuable lesson for any relationship

Nowadays, technology is ubiquitous. Almost everyone has access to a smartphone and all those phones are equipped with GPS sensors, making tracking far easier than ever before. Thankfully, cheating has also become much harder as GPS does not lie.

This is a lesson that this Uber driver’s boyfriend will not be forgetting any time soon. Trying to fool someone with access to GPS and real-time maps is not the smartest thing to do, and cheaters should be well aware that their partners are now far more capable than ever to call them out on their lies. 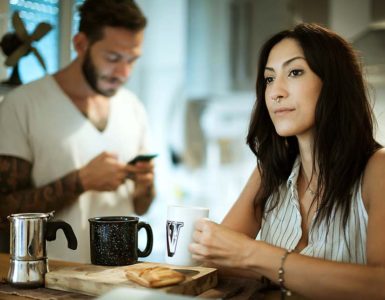 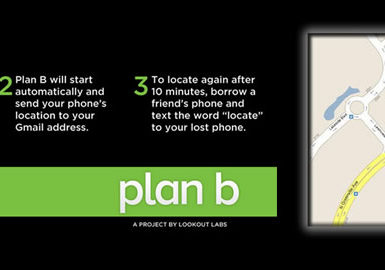 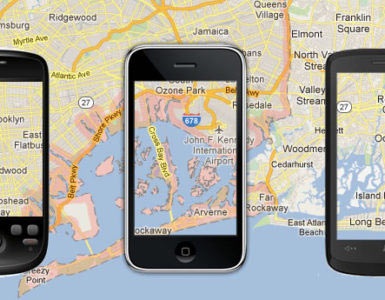